Defoamer is a chemical agent or additive that helps reduce or obstructs the formation of foam in liquids that are used in industrial. During the manufacturing of foams, it needs to be taken care that excessive foaming should not be formed that can cause problem while using the foaming agents. For the quality defoamers, you can contact Tradeindia, which is the premium B2B marketplace, where you get the satisfaction of securing them on fair prices.

All ResultsMumbaiPuneDelhiKolkataBengaluruHyderabadChennaiAnkleshwarAhmedabadSurat
✖
Loading...
By
inq_stage3...................
Thank You
Your requirement has been submitted
✖
View Supplier Number, It's Free 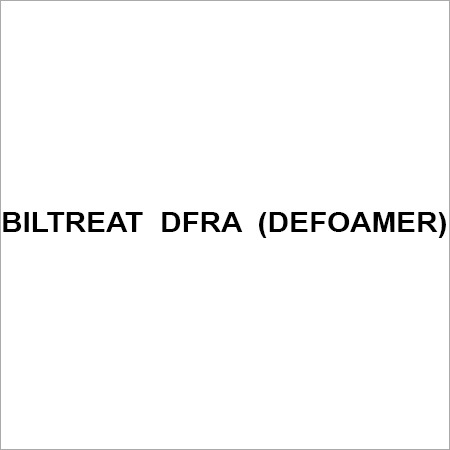 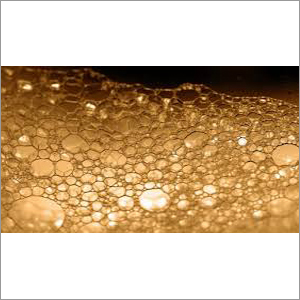 Defoamer is also called antifoaming agent or air release agent that works as chemical processing aid to be employed to minimize or eliminate foam in industrial operations. In different industrial processes, defoamers employ different mechanism, and hence, they turn out to become foam control agents that are added to a product system so that it could reduce or eliminate foam when or as it has been formed. So, defoamers are fundamentally antifoaming agents or foam control agents used to prevent formulation of foams. Its utility is enhanced since it tends to remove entrained gases from a solution and force them to the surface.

In general, a defoamer is insoluble in the foaming medium that contains surface active properties. One important feature of a defoamer product is that it carries a low viscosity and a facility to spread rapidly on foamy surfaces. More so, it shows affinity to the air-liquid surface where it works to destabilize the foam lamellas that leads to the rupture of the air bubbles and breakdown of surface foam. As a result, entrained air bubbles are agglomerated while the larger bubbles rise to the surface.

Oil-based defoamers: These defoamers possess an oil carrier wherein oil may be mineral, vegetable, white or any other that is insoluble in the foaming medium except silicone oil. It also contains a wax and hydrophobic silica to enhance the performance. Oil-based defoamers are heavy duty defoamers.

Powder defoamers: These are also oil-based and are added to powdered products such as detergents, cement and plaster.

Water-based defoamers: These defoamers are types of oils and waxes dispersed in a water base and are commonly best as desecrators for releasing entrained air.

Silicone-based defoamers: These defoamers are polymers with silicon backbones in emulsifiers are added for increasing the speed of silicone spreads.

Detergents: In some detergents, anti-foams are added to reduce foaming that may be responsible for decreasing the power of the detergent. For example, dishwasher detergents contain low foaming so that it can work well.

Pharmaceuticals: Defoamersare sold to relieve bloating that can occur in drugs such as Maalox, Mylanta and Gas-X.