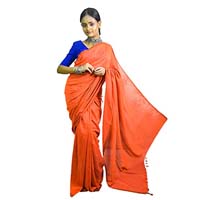 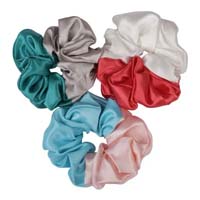 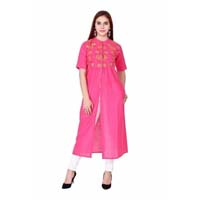 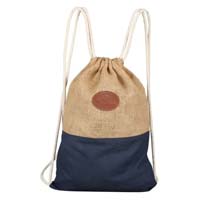 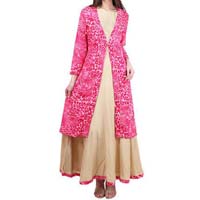 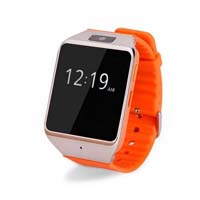 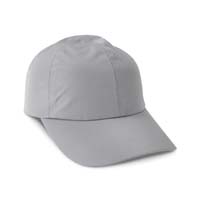 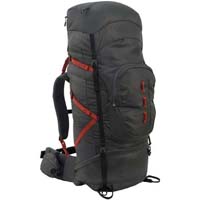 What is Apparel and Fashion?

Almost every form of cloth produced finds its way into the fashion and apparel business at some point. Clothing can be roughly broken down into two groups: those aimed at men and boys, and those aimed at women and girls.

The U.S. textiles industry, which encompasses the fashion and apparel sector, is "one of the most prominent areas of the manufacturing industry," as stated by the government service SelectUSA. According to IBISWorld, the garment manufacturing business worldwide brought in $733 billion in 2019.

India's regional diversity in climate, race, and culture gives rise to a wide range of traditional garments. Even while the rest of the world has become more westernized and globalized, India's culture has been kept alive through its clothing.

The Angarkha was a traditional Indian court dress that was renowned for its ease and versatility. The outfit is comprised of an overlapping top that is tied over one shoulder. You can wear it long over a shirt or jacket, or you can trim it short and wear it on its own.

Bandhgala is a common name for the traditional Indian suit worn by males. It is also known as Jodhpuri. Jodhpur is the name given to this suit style since it was first worn by men in the state of Jodhpur during the time of British rule.

The dhoti is the traditional attire for males in India. The length of a dhoti is typically 5 yards, and it is worn unstitched. All of the pieces of clothing have a knot at the waist and are tied at the ankles. In eastern India, dhotis are typically worn with kurtas, a combination known as dhoti kurta.

One of the most well-known types of traditional clothing worn in India is the Panche or Lungi, a long length of fabric wrapped around the waist. The Lungi is typically constructed from cotton and is sometimes sewed into a tube-like form.

The Salwar Kameez and Churidar outfit originated in Punjab and Kashmir as a modest and practical option for Indian ladies to dress in. The sari is a traditional Indian outfit for women that has become a popular fashion choice in recent decades.

Lehenga Cholos first appeared in the states of Gujarat, Rajasthan, and Kutch. The skirt of the dress is quite long and flared. The choli, a blouse that is fitted at the waist, is worn with the skirt. The garment takes considerable design cues from Mogul culture, including its use of several hues and tones.

A saree is a type of traditional clothing worn by women in India. It's a single piece of fabric that's two to four feet wide and anywhere from five to nine yards in length. Different methods of wrapping the material are used for different events.

Future of Apparel Industry in India

Exports from India's textile industry are projected to reach $300 billion by 2025, and the country expects to receive investments worth USD 120 billion by that year.

E-commerce clothing stores will have to adapt to new obstacles in 2022 due to shifting consumer preferences, competitive dynamics, and technological developments.

India's textile sector is booming because of the country's abundance of both natural and synthetic fibers and threads. The Apparel & Fashionindustry in India is more technologically advanced and capital-intensive than similar sectors like heavy equipment, cars, etc. Large openings exist in the textile market as a result of the widespread adoption of industrialization in commerce in the consumer goods sector and in labor-intensive businesses.

In this tremendously varied industry, investments have surged. In 2020, $20.5 billion was the value of India's textile exports. There will have been $3.75 billion invested in the sector by foreign investors from April 2000 to December 2020.

The Future of Fashion: Technology & the Industry

Since one garbage truck's worth of textiles is dumped in a landfill every second, the fashion industry is making an effort to develop closed-loop recycling methods. When it comes to mechanical cotton recycling, for example, Novetex Textiles has created a system that can handle up to three tons of fabric day without using any water or creating any chemical waste.

As an example of how this technology might be put to use in the fashion industry, trackers could be installed in shipping containers to help businesses keep tabs on inventory and cut down on lost items. Other retailers, like Amazon and H&M, are exploring the potential of IoT in the storefront by deploying'magic mirrors' equipped with touchscreen interfaces that let customers virtually try on merchandise.

Brands are using blockchain technology to combat the $300 billion in annual sales of counterfeit apparel, as reported by McKinsey. Many companies, like Chanel, are introducing digital passports that may verify the genuineness of a product by scanning a unique metal plate placed in its packaging.

To achieve their sustainability and personalisation aims, the fashion industry can benefit from 3D printing. Complex computer designs may now be accurately printed by a machine, cutting down on both waste and mistakes during production.

Young people who grew up exclusively online are increasingly investing in the concept of "virtual fashion," or digital clothing that may be "worn" in an online environment.

AI has been at the forefront of many companies' plans for the future of fashion technology. Tools like chatbots and personalized recommendations, made possible by AI's ability to mimic human problem-solving and decision-making, are revolutionizing the fashion industry.

But there's more on the way: Amazon is opening a store where machine learning algorithms may make recommendations based on a customer's individual tastes while they shop in the physical world.

By 2027, it is projected that social commerce sales will have increased to $600 billion thanks to the many exciting new channels that social media is opening up for firms to connect with potential clients.

This trend will be bolstered by the expansion of "live commerce," in which firms conduct business with consumers in real time during events that are streamed online. Forbes predicts that by 2022, the $500 billion market will expand from its current Chinese stronghold. Livestreaming might account for half of Threads Styling's sales in the next two years, according to the company's founders.

There will be a plethora of exciting new possibilities in the world of fashion as AI continues to develop. Synthetic media presents such an opportunity since it is developed by algorithms that study and mimic real-world media such as sound, video, images, and text.

To develop content at scale in a shorter amount of time will be a huge boon to brands. Example: LG Group's AI-designed fashion collection at New York Fashion Week, which had 3,000 distinct designs.

In the future, well-known people's likenesses could be utilized to model thousands of items in CGI advertisements.

Through its universal appeal, fashion has the power to affect positive social change. The fact that everyone needs to dress in some way, and that each item of clothing purchased expresses an individual's values, beliefs, and preferences, is what gives fashion its political dimension. Since most entertainment media are centered on it and are driven by it, it is reasonable to assume that it has a considerable impact on the entertainment sector.

Get out there and buy some new threads or secondhand clothes or fabric and begin building the person you want to be right now.

Q. What is the difference between the Fashion Industry and Apparel Industry?

Q. Is there a Future for Fashion Designers?

Ans. The field of fashion design is not limited to just India, and skilled designers can find work all around the world.

Q. Is Apparel and Clothing Same?

Ans. Yes, both are the same. Clothing also known as garments, outfits, apparel, clothes and attires.

Q. What is the most Common Clothing in India?

Ans. Here are some common Clothing styles in India:

Q. What is Indian Ethnic Wear?

✖
✖
Tell us what are you looking for?