All ResultsChennaiPuneHyderabadBengaluruDelhiKolkataMumbaiJaipurFaridabadNavi Mumbai
✖
Loading...
By
inq_stage3...................
Thank You
Your requirement has been submitted
✖
View Supplier Number, It's Free 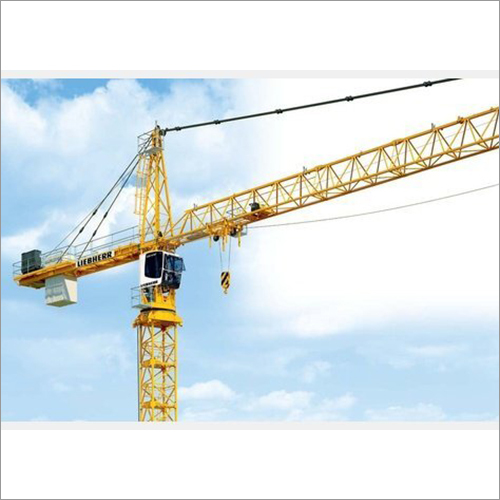 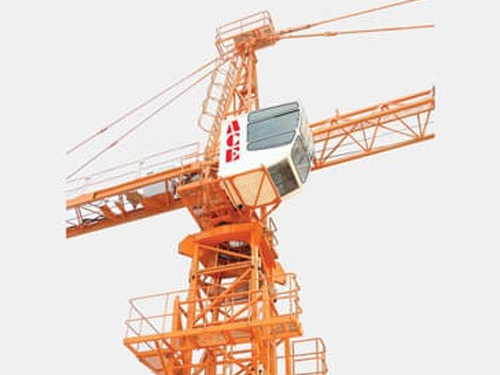 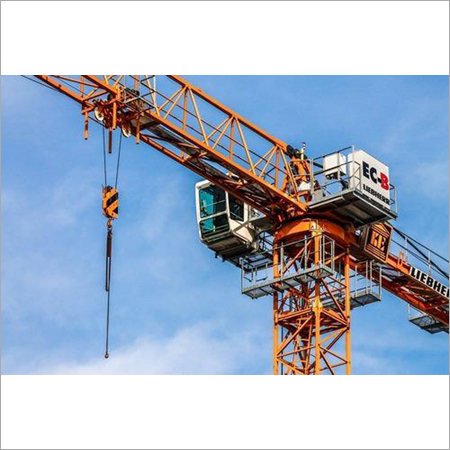 It is important to note that the there is a great importance of tower cranes in construction industry, But before that, we need to know what is a tower crane.

What Is a Tower Crane?

When it comes to heavy lifting, building companies frequently employ tower cranes. Tower cranes may be seen at virtually any large-scale building site. They're not exactly hard to spot... It's not uncommon for them to soar hundreds of feet into the air, and their reaches are often just as impressive. Steel, concrete, big tools like acetylene torches and generators, and many other building materials are all lifted by the tower crane and used by the construction crew.

Importance of Tower Crane at the Construction Site

With the modern tower cranes available, construction firms can get their jobs done more quickly and effectively than ever before. Having these essentials on hand is key to making quick work of even the toughest jobs. Just picture a massive building site without any tower cranes. No amount of muscle on the construction site would be sufficient to haul a heavy electrical generator up many stories.

If it weren't for tower cranes, the building industry would be centuries behind. We would miss contemporary cities for more than just their towering buildings; we'd also miss their bridges and elevated railroads.

Components of a Tower Crane?

In addition to the boom, base, and mast, tower cranes also require the following essential parts:

The crane's rotation is made possible by the slewing unit, which is fastened to the top of the mast.

The control rooms are typically located at the top of the slewing mechanism. The controls for the crane are located here.

The crane's movable arm, or "jib," is what allows it to do its tasks. Jibs can be stationary, in which case a trolley is used to transport materials, or luffing, in which case they rise and fall to conduct their work. The hoist's counterweight, engine, drum, and electronics are all housed in a counter jib.

The motor, gearbox, brakes, hoist drum, rope, and hoist motor controller are all stored in the hoist winch. There are other auxiliary parts, such as the platform, that help make up the hoist winch assembly as a whole.

To facilitate lifting, cranes often come equipped with a series of hooks.

This is a horizontal element that helps in holding the load-lifting motor.  It is important to note that it also contains a cable drum, concrete counterweights, and electronic controls to keep balance.

To begin, huge bolts are used to fasten the crane's base to a solid concrete slab. The crane will be steady and supported by this pad.

The tower, or mast, is attached to the bottom of the structure at this point. This is the taller and more prominent section of the crane that extends well up.

Why Should You Use a Tower Crane Instead of a Mobile Crane?

Here are the reasons:

This increased flexibility is also beneficial for the vast majority of building sites. If you have a project that spans numerous sites, you may utilize the same crane without a second thought, and you can also carry large items with these cranes, saving you time and effort.

Tower cranes are capable of much more than merely lifting, thanks to their adaptability.

Cranes that are not tethered to the ground can do more precise lifts, for instance. To provide a more accurate and controlled lift, tower cranes can be relocated within larger buildings if necessary.

Mobile cranes are superior to tower cranes because they may be assembled within a building, a feat that would be nearly impossible with a stationary crane.

Tower cranes, because of their compact design, may be used on a larger variety of construction sites than stationary ones. Large cranes might be difficult to erect in densely populated areas and limited locations.

The importance of this benefit will change based on the size of the tower cranes needed for the job, but it might make all the difference in the world.

A tower crane requires far less time to set up than a stationary crane. In reality, some mobile cranes need almost little preparation to begin working; their small size and straightforward construction allow them to begin lifting almost immediately upon arrival.

Even big capacity cranes may be transported with ease since they can be shipped as compact modules on a trailer along with their counterweights.

In addition to the benefits of quick transportation from one location to another, the capability of employing them in taller projects has been integrated into this type of crane.

This style of crane is the most popular for usage while erecting residential complexes and freestanding skyscrapers because it permits the transport of a load along an on-site road that has previously been planned, designed, and built.

This method is typically implemented in places where there is insufficient room for the assembly of the crane chassis. The degree to which it can function independently declines over time.

It's the one whose tower and boom fold up when not in use, whose cable lines are kept separate, and whose counterweights are conveniently located in a central location.

Tower cranes need to be anchored if they are near a structure, and slowed down by the wind if they are in an open area of work if their rolling height exceeds the stability threshold set by the work and idling conditions.

There are already 4000 m/t tower cranes on the market, which can work at freestanding heights of up to 300 m. This particular crane has a maximum load capacity of 80 tons and can lift 37 tons at a radius of 80 meters.

This application can be seen as a subset of the usage of interest, as the jib and counter-feather are not present in the modified version, leaving only a revolving mobile tower at the top.

1. Solicit the services of a competent engineer

Based on a variety of parameters, a certified professional engineer who specializes in tower crane operations may determine the optimal tower crane type, size, and quantity for the project. Throughout the tower crane's lifespan on the project, the engineer prepares a precise, engineering plan and drawings.

2. Make sure there is proper safety education and cooperation.

3. Workplace safety strategies need to be made.

For each tower crane operation, you must create a risk assessment/job safety work plan that details the tasks to be performed, the risks associated with those tasks, and the controls that will be implemented to mitigate or eliminate those risks. The preconstruction safety meeting discusses the approved plans that have been submitted by each contractor to the general contractor/construction manager.

4. Tighten or replace any loosened bolts or nuts.

5. Keep an eye on how the foundation is settling.

Take an initial or control elevation reading as soon as feasible after the tower crane installation is complete, and then establish intervals for monitoring readings to check for settling.

6. Build a system for rigging.

A certified rigger should be appointed to monitor all rigging activities related to the project and the authority to halt hoisting operations if they are judged dangerous before the start of tower crane operations.

Loads must be within the crane's rated capacity, thus it's important to know the size of the boom and the operating radius before lifting anything.

Mount anemometers on tower cranes so that wind speeds, gusts, and turbulence may be tracked in real-time. When sustained winds or gusts approach the maximum allowed speed, as specified by the manufacturer or regulatory body, crane operations must be halted.

9. Stay away from power wires.

Make sure there is enough space between the crane's path of rotation and any above power wires to avoid a collision.

“I am very happy with tradeindia services because tradeindia provide me better platform for growth of my business and I should thanks to Tradeindia And My Account manager for supporting me each and every time.

“ We are very thankful to Infocom Network Ltd. and its services to promote our product through Tradeindia.com on Internet. We get good support from their CRM and getting good Inquiries for Domestic as well internationally. We came to know of several portals but we choose Tradeindia.com for its services and different features we had been member since last 2 years and already subscribe for 2 more years in advance. from our Point of view we think Tradeindia.com is one of the best portals which we came to know from many years of experience of our business. We recommend Tradeindia.com as one of the best portal in online and off-line promotion for business activities. We wish Infocom Team and Specially their CRM Support Team for a great success in coming years and also wish that they will continue doing good work for long period.

“We are very proud to be associated with Trade India, they have an excellent portal and B2B services where Buyers and Suppliers interact together. They generate very good sales leads and provide SMS information of the buyers those who visit the site. We have grown with them and we wish them a fruitful journey ahead.

“We are associated with Tradeindia.com since 1 year. Its a good B2B Platform to do business and for promotion on Google as well. I would look forward to be in long term relationship with this company.

“ I regularly get good number of relevant trade inquiries from tradeindia, I am happy to be associated with this truly the best B2B company of the India.