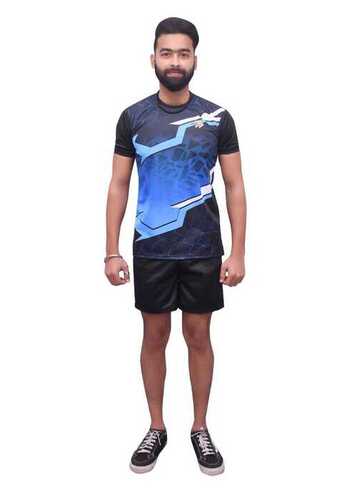 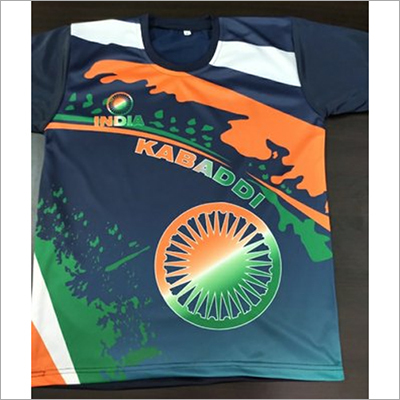 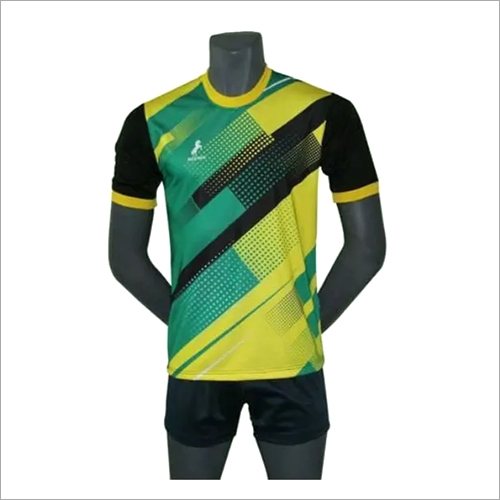 All About Kabaddi Kit

A knit fabric called a Kabaddi kit is frequently used in clothes. Historically, wool was used to make most Kabaddi kit fabrics, but nowadays, cotton and synthetic materials are more frequently used to make Kabaddi kit clothing. Although many athletic Kabaddi kits are composed of Kabaddi kit fabric, an athletic Kabaddi kit is a separate garment. Kabaddi kit is a well-liked fabric for items you wear near your skin because of its high elasticity and tight weave. Kabaddi kit is best used as a foundation layer worn under thicker, more robust clothing since it is airy and not particularly resistant or insulative.
Despite being opaque and closely knit, the jersey is incredibly breathable and absorbent. With the help of this structure, the jersey has a pleasing drape that changes in intensity depending on the material. Around the Channel Islands, when it first appeared, jersey fabric was primarily utilised to create undergarments and sweaters for fishermen. Records suggest that jersey knits appeared as early as the Middle Ages, while this fabric progressively acquired popularity across Western Europe throughout the Reformation & Enlightenment periods. A collection of islands within the English Channel is known as the Channel Islands. The ownership of these islands has changed several times since the Middle Ages, and although being protected by the UK at the moment, they aren't a part of the country.
Therefore, it is impossible to verify the actual provenance of jersey fabric, yet fabric experts typically believe jerseys to be British. Undoubtedly, the central peninsula in the Channel Islands, Jersey, inspired the name of the jersey fabric. England developed and became a significant export of textiles as its influence grew worldwide. By the middle of the 1800s, jersey fabric was sufficiently recognised in Europe and the US to replace other materials as the standard for men's sports outfits. However, till the 20th century, jersey fabric's appeal was quite constrained, and it remained mostly reserved for men's underwear and work or sports apparel.

In a short period, jersey fabric became various clothing categories, including blouses, evening wear, and, probably most significantly, T-shirts. The T-shirt is amongst the most common pieces of clothing worldwide, whereas other jersey uses have mainly been restricted to specialised fields. If you've ever donned a T-shirt, you've used jersey fabric, and you already know firsthand how supple, and permeable this material can be. The same fabric is used for Kabaddi Kit. Owing to the extensive physical nature of the game, it is of critical significance that the Kabaddi kits are airy and allow the players to be comfortable.

The material that the jersey most frequently incorporates is one of the significant developments as this fabric rose to fame worldwide. When weavers in the Channel Islands produced all of the world's jerseys, wool was the only material used to create this cloth. However, cotton is now the most popular type of jersey fabric and commonly includes synthetic fibres.

How are Kabaddi Kits made from jersey fabric?

Depending on the kinds of fibres it includes, Jersey fabric is produced using various methods. For instance, textile makers obtain wool from the skins of sheep, goats, and other animals as animal products. Contrarily, cotton is a natural product made from the soft exteriors of seed pods. Synthetic fibres are made by mixing different chemicals to make functional textile materials, and they may also be found in jersey fabric. However, the procedure for knitting jersey fabric is the same regardless of the type of fibre it includes.

The process of making a jersey starts with the loading of cotton, wool, or artificial yarn into an automatic sewing machine. It is also feasible to knit a jersey by hand, although this method is labour- and time-intensive. The knitting machine produces the unique, tightly knit pattern of jersey fabric after it twists and mixes the yarn. When finished, jersey fabric resembles a latticework of vertically twisted tales joined by horizontally untwisted yarns.

Some yarn used to make jersey clothing is coloured before it is knit, while in other circumstances, the fabric is coloured by textile makers after it has been done. To enhance the look or longevity of jersey fabric, textile makers may also employ flame retardants and similar finishing treatments based on the material used.

Single jersey fabric is described as jersey-knit material with a single flattened side and one heaped side and weighs approximately 140g per square meter. It is made up of just one knit fabric sheet.

Two layers of jersey fabric are sewn along their stacked sides to create an interlock jersey, also called a double jersey. Due to the fabric's dual density of a single jersey, it is highly insulative, resilient, silky and flat on both sides.

Jacquard jersey has motifs that range from primary forms to intricate patterns resembling brocade, much like other jacquard textiles. Textile producers use industrial knitting machines to create these patterns.

A Stretch jersey is a fabric that combines an elastic fibre like spandex with a conventional jersey cloth material, such as wool or polyester.

What is the environmental impact of jersey fabric?

Depending on the kinds of fibres it includes, jersey fabric has different environmental effects. For instance, synthetic fibres have a significantly detrimental impact on the environment. While restricting or reusing such chemicals is occasionally feasible, they invariably harm local habitats even if they are managed appropriately. Toxic chemicals are used to create polyester and rayon, and it is sometimes possible to do so.

Each time synthetic fibres are washed, harmful microfibers are released into the water system. Synthetic fabric penetrates the ecosystem as non-biodegradable pollution after its life cycle. As a result, it is environmentally unsustainable to make jersey fabric from synthetic fibres. Conversely, cotton and wool can be 100 per cent ecologically sustainable. Cotton farmers frequently employ harmful agrochemicals. However, cotton is very biodegradable and may be grown without the use of agricultural pollutants.

Wool production does not employ agrochemicals because it is a livestock product, and the only potential environmental harm from generating this fibre is incorrect land usage. Wool is the most naturally ecologically friendly fibre in jersey fabric since it is also highly biodegradable.

Jersey is a soft, adaptable fabric that could be utilised for various objects, but it could seem challenging to sew if you've never dealt with knitted textiles. Here are some pointers for using jersey fabric for sewing. Make use of a ballpoint needle. A sharp standard needle may be effective for stitching knit textiles, although it frequently causes microscopic rips. Employ a ballpoint needle to stitch so that it passes through the fibres rather than tearing them.

Your sewing machine should have a walking foot. While you can sew with a conventional foot, if you're concerned about the fabric stretching as you pass it into the machine, a strolling foot will assist everything moves smoothly, so there are no ad hoc strains in your completed product. For hems, use a twin needle. Use a twin needle to sew your hems since the double straight stitching is a neater finishing method and accommodates the fabric's elasticity.

First, check it on a sample. Before starting the project, you want to construct and practise some seams on a piece of fabric if you're apprehensive about sewing with a cloth. This will help you get the size and give of your threads just correct. Jersey is simple to maintain, but be mindful of the knit fabric's fibre composition. Materials should be pre-washed before sewing as cotton jerseys tend to shrink.

The type of textile fibres used to make jersey fabric affects its cost. Synthetic textile substances like rayon and polyester are usually the least expensive. At the same time, natural fibres derived from plants, such as cotton, can cost almost as much as synthetic ones. Contrarily, wool is significantly more costly than artificial fibres and just slightly more costly than cotton. Out of all the many accessible jersey materials, premium organic and responsibly farmed wool and cotton fabrics attract the highest market pricing. Since jersey knit is plain fabric, it is not necessarily more costly than other kinds of sewn or knitted clothing. Since Kabaddi Kit is made from the materials mentioned above, it has the same price range.

“We are very thankful to tradeindia.com for its services and promotion of our products. We are member of tradeindia since 3 years and found good inquiries which help us in growing our business. We thanks the team of tradeindia for their cooperative and understanding approach in understanding our requirement. Best of Luck.

“We are satisfied with tradeindia services and got good number of business enquiries. Hope to enjoy the same in future.

“Tradeindia is a great platform to connect business. Our company has been a member of tradeindia from 2013. We are happy with the service provided by tradeindia to promote our products to our clients all over the world. It has helped us to increase our visibility. Tradeindia is good online portal in the market.It will help us to promote our Business, Products and Brands.