(815 products available)
All ResultsDelhiJaipurKolkataMumbaiBengaluruPuneHyderabadChennaiSuratVaranasi
✖
Loading...
By
inq_stage3...................
Thank You
Your requirement has been submitted
✖
View Supplier Number, It's Free 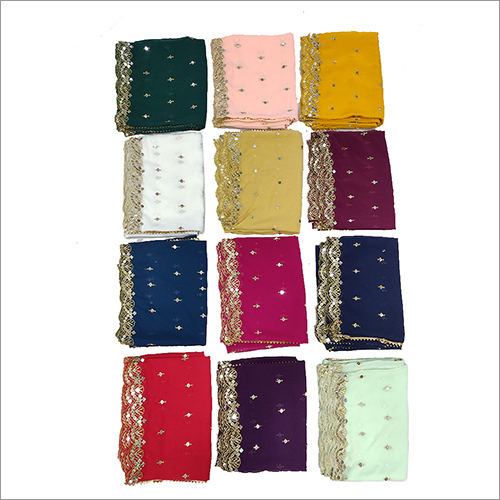 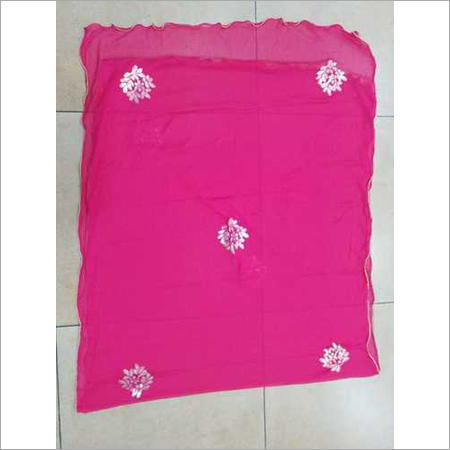 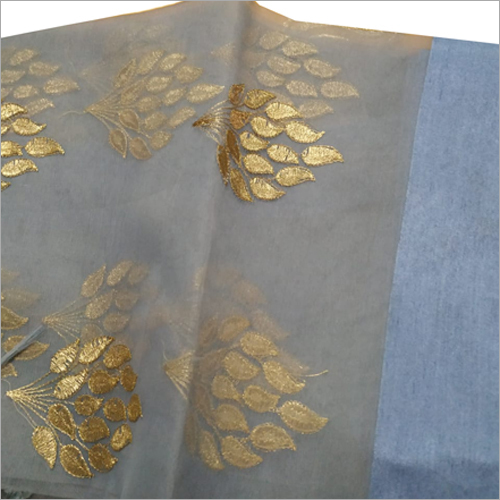 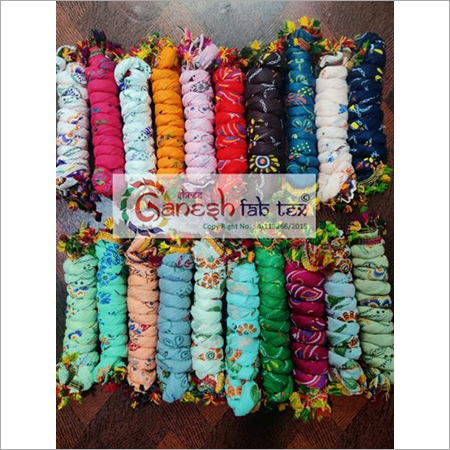 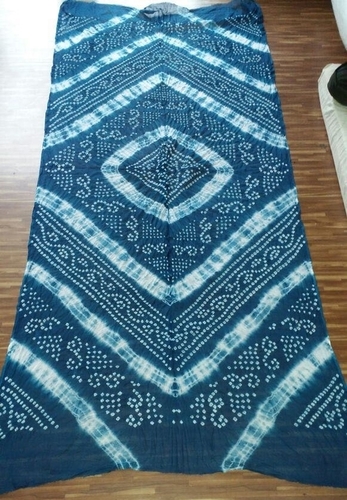 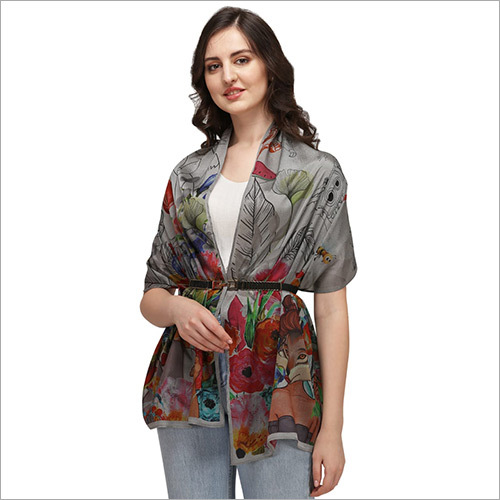 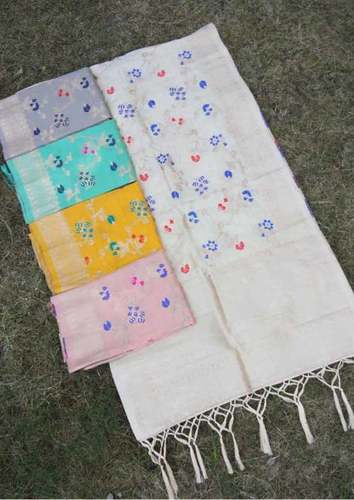 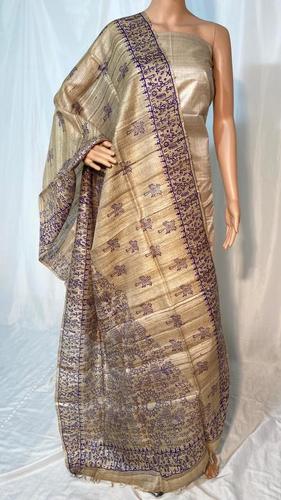 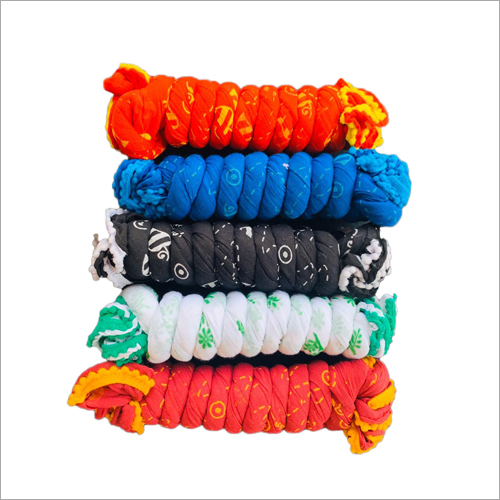 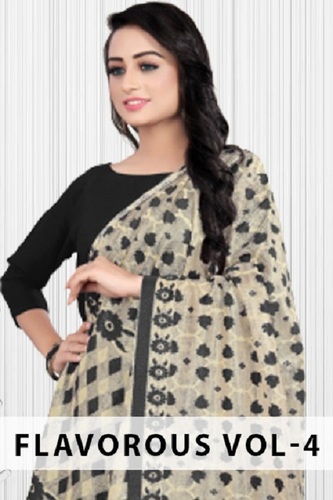 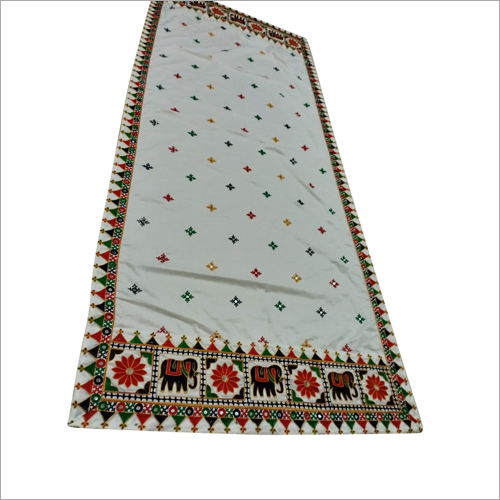 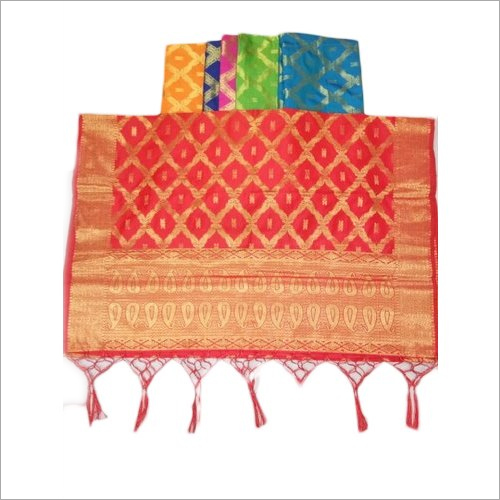 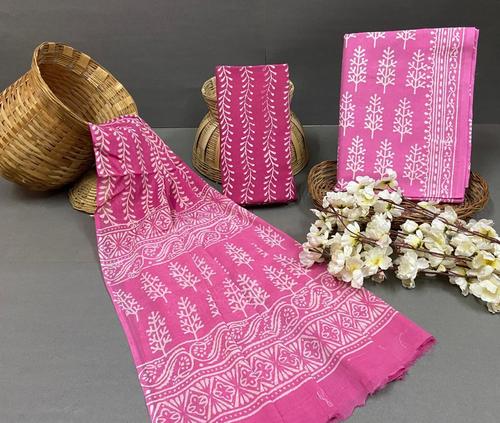 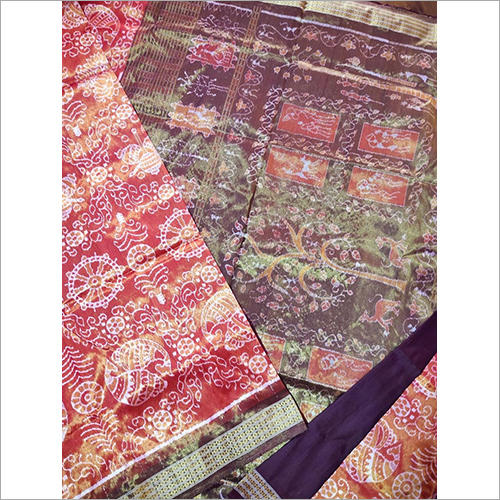 Not only is a dupatta a stunning item of apparel, but it also plays an important role in the cultural zeitgeist of India and is absolutely necessary for doing so. The dupatta is a kind of shawl-like drape that is traditionally used by women as an accessory to their traditional kurtas, lehengas, and shararas that are from India. The dupatta may also be worn as a valued accent because of its versatility. It has the power to transform ordinary clothing into something that would be appropriate for a Hollywood starlet.

There is always a perfect sort of dupatta available, and it is just waiting to make its way into each and every one of our wardrobes. This is because dupattas are worn all over the world and in all walks of life.

Varieties Of Fancy Dupattas on The Basis of Fabric

Here are the different types of fancy dupattas based on the fabric its made of:
Georgette: In comparison to chiffon dupattas, georgette dupattas are more substantial and are appropriate for wearing with dressier outfits. Since of their opacity, these dupattas are often worn with plain designs because their weight makes them hide up necklines and patterns.
Cotton: Cotton is a material that is versatile enough to be worn at any time of the year due to its breathable, lightweight, and comfy qualities. Due to the fact that the fibers are constructed from cellulose, dye patterns and color will be reasonably long-lasting. As a result, cotton dupattas are appropriate for usage both in everyday settings and in professional settings.
Chiffon: Due to the fact that they are so very lightweight, chiffon dupattas are fantastic accessories to add to casual clothes that are worn on a daily basis throughout the warmer months. They are also see-through, and because of the delicate nature of the cloth, embroidery work on them is quite uncommon.
Net: The fact that net dupattas are lightweight, while not quite as lightweight as chiffon, is the primary reason why many net dupattas have jewels and elaborate embroidery. This fabric may be worn throughout the summer months, and it works well with a variety of dress styles, from simple to more formal.
Velvet: Because of their substantial thickness, these dupattas, which are also known as velvet odhnis, are recommended for use throughout the fall and winter months. The robust nature of the cloth enables it to support the weight of elaborate embroidery and gem work, and the luxurious appearance of the material on its own assures that it elevates the appearance of any ensemble to which it is added.
Silk: Silk dupattas are a wonderful choice if you're going for an antique or regal appearance. Because they often include intricate embroidery, they are versatile enough to be worn over both casual and dressier ensembles. This natural fabric, much like cotton, allows air to pass through easily and may be worn at any time of the year.

Some different types of fancy dupattas are:
Phulkari Dupatta: The entire concept of colorful vivacity is exemplified by a phulkari dupatta! This one-of-a-kind embroidery method was developed in the province of Punjab and gets its name from the Punjabi word for flower (phul) and the word for art (Kari). Phulkari is more than simply a craft; rather, it is an art form that combines vivid colors and a display of complex stitching on coarse cotton using delicate floss silk thread. Phulkari is often seen at weddings and other celebratory occasions.

Kalamkari Dupatta: The Indian states of Andhra Pradesh and Telangana are credited with the invention of the distinctive art form known as kalamkari, which is a style of textile decoration that is often hand-painted or block-printed. This is a vegetable pigment dyeing process from south India that is organic and beneficial to the environment. It is kitsch, crafty, and bold all at the same time.

Banarasi Silk Dupatta: Banarasi silk is a cultural symbol and a historical treasure in India. It was first woven using pure gold intermixed with silk, and it has been around for centuries. Although banarasi silk is most often bought in the shape of a sari, possibilities for banarasi silk dupattas also make up a significant portion of this freshly revitalized market. This selection for a dupatta might be the ultimate highlight of your ensemble since it is luxurious, substantial, and appropriate for all sorts of celebrations.

A Chiffon Dupatta: Chiffon is a gorgeous organic fabric that is light and transparent, and it is ideal for use in lighter embroidery methods such as machine work or Gota Patti, stitch line details, fabric manipulations, and other surface techniques. Chiffon is often associated with the summer season. A chiffon dupatta may contribute to your Indian ensemble in a way that no other can since it is easy to drape and provides a fertile platform for the mystical imaginations of designers.
A Pom Pom Dupatta: Now this is for all of the desi females that like incorporating a little quirkiness and whimsy into their sense of style whenever they can. The pom pom trim that is utilized in the border of each pom dupatta is what sets it apart from the others, regardless of whether it is solid-colored cotton or voile design. Any ensemble may benefit from the whimsical appeal of the pom-poms in the border, which are available in an almost infinite number of colorful types and options.
A Gota Patti Dupatta: The gota Patti dupatta has become an essential component of traditional Indian weddings. It is a favorite among Indian fashion designers such as Sabyasachi, Anamika Khanna, and Anita Dongre. The ancient Indian hand embroidery method known as "gota Patti" makes use of metallic sequins that have the appearance of mirrors and material cut into a variety of designs, such as leaves, flowers, diamonds, and so on. "Gota Patti" is available in a number of different metallic shades. This method produces stunning results on a wide variety of fabrics, including net and chanderi, as well as cotton, silk, and weaves. Dupattas that include this technique appear both striking and classic.
A Kantha Embroidered Dupatta: The Bengal area of the Indian subcontinent is the birthplace of the needlework style known as Kantha, which is very labor-intensive and complicated. This method, which is often carried out by women living in rural areas, involves the use of a simple yet elaborate running stitch to create representations of natural and mythical settings, objects, birds, animals, and floral themes. A Kantha-embroidered dupatta, whether it is used with quilting or as a straightforward method, is an item that should be appreciated and carefully conserved.
Zardosi Work Dupatta: Zardozi is a highly heavy embroidery method that is likely to out-bling all of its competitors and is thus ideal for festive occasions such as weddings and other celebratory events. This type of dupatta has all of the wedding attributes that a lady could wish for, including being hand-done, being pricey, and being intricate. Velvets, cotton, and silks are the fabric types that show off the embroidery's full potential. Work that is done in the zardosi style is considered to be the most important aspect of the Indian wedding and couture business. This is because zardosi enhances and complements every other kind of embroidery method. This one is ideal for all of you bling hounds out there.

Benefits Of Using Fancy Dupatta with Your Outfit?

The benefits of using a fancy dupatta are:

“We have recently associated with Tradeindia.com. Thank you so much I am satisfied in tradeindia and give us properly information. We want to continue this relation for long terms and hope for increase our package in future.

“I am satisfied with tradeindia and their services, got good business from across the country. Thank you very much tradeindia.com.

“I am registered here from last 10 years. And it has been fabulous journey and it has indeed helped me to make my business reach new heights. Thank you tradeindia and team of tradeindia.

“I am glad to be a part of tradeindia. Tradeindia is excellent for their services and responsibility. Thanks to CRM team to provide your service and hats off for your responsibility and guide I am totally impress. Thanks tradeindia to provide a world class business platform in very cheap rate.

“We are pleased to inform that tradeindia.com to join the online B2B is simple,easy and reliable way. We also receive inquiry by customer and new customers are added. We are happy to join tradeindia.com.

“ We associated as a member of tradeindia.com since 1 year. Tradeindia helped our company to get trade queries and business promotion at National and International level. We are satisfied with services of tradeindia. Thank you tradeindia.com