(255 products available)
All ResultsDelhiJaipurMumbaiKolkataAhmedabadSuratPanchkulaAmbala CanttChandigarhBaddi
✖
Loading...
By
inq_stage3...................
Thank You
Your requirement has been submitted
✖
View Supplier Number, It's Free 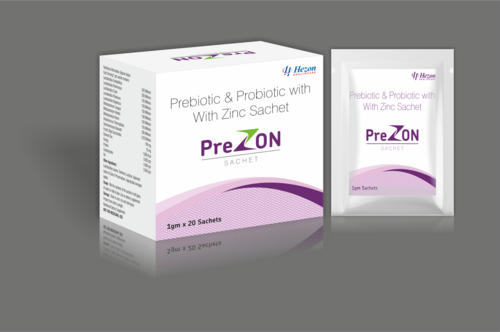 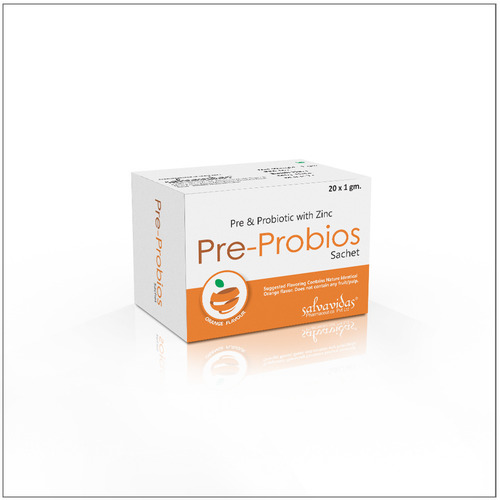 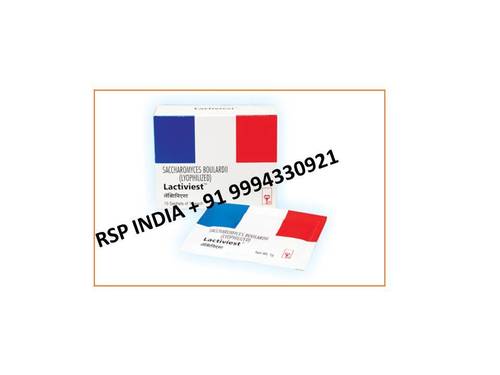 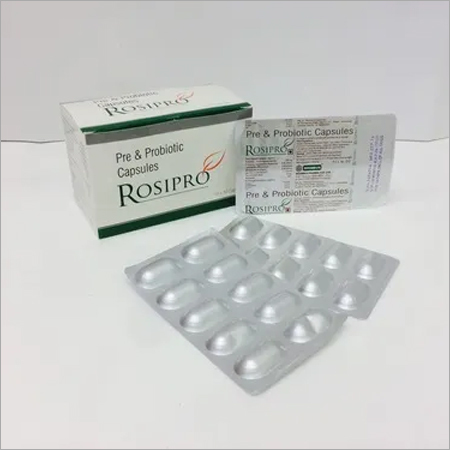 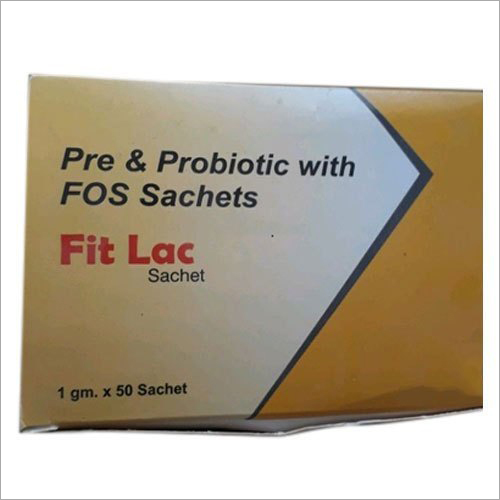 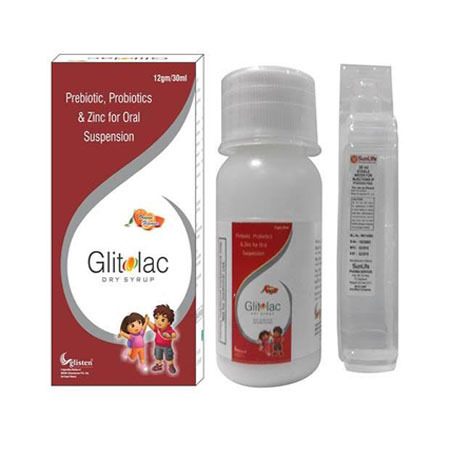 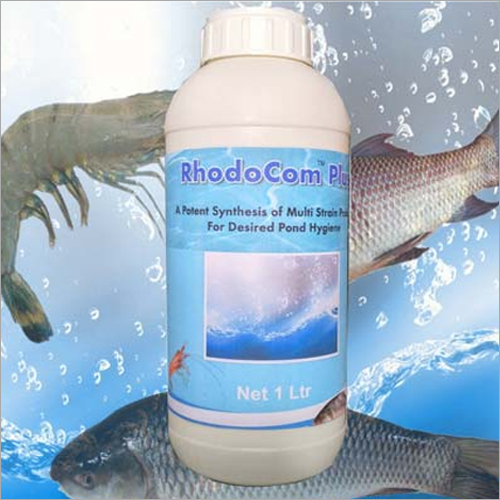 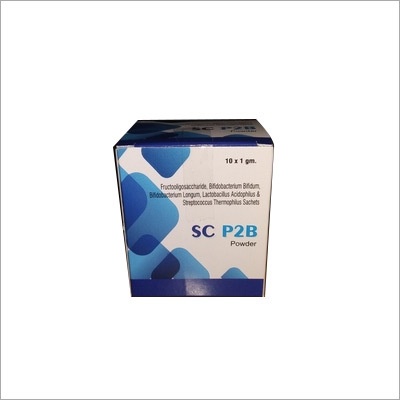 What is Probiotic Sachet?

To maintain optimal health, it is recommended to take a probiotic supplement like Probiotic Sachet every day. Improving digestion, metabolism, and energy levels initially, and vitamin B production and general immunity afterward, with daily use of 1 sachet. This treatment, which is a probiotic, helps to restore the normal levels of healthy bacteria in the colon, which might become depleted after antibiotic usage or because of intestinal illnesses.
Take one Probiotic Sachet once or twice a day, with or without a meal, for as long as your doctor recommends. This medication can be used with oral rehydration solution (ORS) since it aids in replenishing fluids and electrolytes.
This powdered composition guarantees that every last one of the bacteria you ingest is alive and well, providing you with the best possible help. A variety of beneficial microorganisms are contained in each tasty banana-flavored sachet.

What is Probiotic Sachet used For?

Probiotic sachets are effective for a variety of conditions, including bacterial vaginosis, pediatric candidemia, and candiduria, diarrhea (including acute infectious, antibiotic-associated, and persistent), gastrointestinal (GI) surgery, necrotizing enterocolitis in neonates, irritable bowel syndrome, blood pressure, URTIs, and ventilator-associated pneumonia.
1. Pregnancy/Lactation
Lack of data on the product's safety and effectiveness during pregnancy and breastfeeding. Researchers found no evidence of harm from giving pregnant women probiotic sachets.
2. Contraindications
The use of probiotics is not recommended for those with severe acute pancreatitis. Patients at risk of opportunistic infections and those with severely damaged gastrointestinal tracts should also avoid use.
3. Diabetes
Patients with type 2 diabetes have been the subject of little research. In one experiment, L. acidophilus performed better than placebo in preserving insulin sensitivity.

Fasting blood sugar and hemoglobin A1c were reduced, and antioxidant status was enhanced, but there was no effect on insulin in a 6-week clinical trial using probiotic sachet yogurt.9 A 30-day research yielded similar results, with reductions in fasting blood glucose but no effect on dyslipidemia.
Two follow-up clinical studies with planned enrollments of 120 and 540 patients, respectively, have published their respective protocols.
4. Animal Data
Data from animal experiments is mainly irrelevant to human health because of the widespread use of probiotic sachets and the relatively low incidence of adverse events associated with them.
For several diseases and disorders, there are now enough trials for meta-analyses to be conducted.
It has been argued in a published study that the unexpected increase in mortality seen in the probiotic sachet group in the PROPATRIA multicenter trial could not have been predicted by a meta-analysis of data from animal tests (rat and dog).
5. Acute infectious diarrhea
Cochrane includes studies that looked at the effectiveness of probiotic sachets in treating acute infectious diarrhea up until 2010. Probiotics were shown to be well tolerated and to reduce the length of diarrhea and the risk of persistent diarrhea after 4 days (mean difference, 24.76 hours; 95% CI, 15.9 to 33.6 hours; relative risk [RR], 0.41; 95% CI, 0.32 to 0.53).
6. Eczema/Allergy
Several meta-analyses and clinical studies assessing the effectiveness of probiotics in preventing eczema in pediatric children have been reported

7 clinical studies (until 2009) with 2,843 babies indicated a beneficial impact for monotherapy with Lactobacillus-containing probiotics but not for mixed-culture or other single-strain probiotics (3 trials, P = 0.204).
7. Dyslipidemia
Thirteen clinical investigations (N = 485) completed up to October 2010 showed a substantial reduction in total cholesterol (6.40 mg/dL; 95% CI, 9.93 to 2.87) and low-density lipoprotein (4.9 mg/dL; 95% CI, 7.91 to 1.9), but not high-density lipoprotein or triglycerides.
32 In another research (N = 70), probiotic yogurt was shown to have statistically significant alterations from baseline values, whereas ordinary yogurt showed statistically negligible changes in lipid profile.
8. Crohn's illness
The effectiveness of VSL#3, a combination of eight distinct bacterial probiotic sachet species comprising Lactobacillus, Bifidobacterium, and Streptococcus, in preventing the return of Crohn’s disease following surgery was studied in a randomized, double-blind, placebo-controlled experiment (N = 119). Patients treated with VSL#3 had a lower endoscopic recurrence rate at day 90 than those given placebo (9.3% vs 15.7%, P = 0.19).

What are Benefits of Probiotics?

1. Enhance a Few Forms of Mental Health
There is mounting evidence connecting gut health to emotional and psychological well-being. Probiotic supplements have been shown to benefit several mental health conditions in both animal and human trials.
People who took probiotics for 8 weeks had lower levels of sadness, C-reactive protein (a sign of inflammation), and hormones like insulin than those who didn't.
2. Facilitates Diarrhea Control and Treatment
The capacity of probiotics to stop or lessen the severity of diarrhea is well-known.
Antibiotics frequently cause diarrhea in their patients. This happens because antibiotics might upset the gut's healthy balance of microorganisms.
3. It Lessens the Impact of Allergies and Eczema
It has been suggested that the use of specific strains of probiotics may lessen the severity of eczema in young children and newborns.
Milk mixed with probiotics has been shown to reduce eczema symptoms in newborns, according to single research.
People with milk or dairy allergies may also benefit from the anti-inflammatory effects of some probiotics. However, there is a lack of solid proof, thus further research is required.
4. Protects Your Heart's Health
Probiotics have been linked to a reduction in LDL ("bad") cholesterol and blood pressure, both of which are beneficial to cardiovascular health. Eating probiotic yogurt for 2-8 weeks has been shown to lower total cholesterol by 4% and LDL cholesterol by 5%, according to a meta-analysis of 5 separate research.
Researchers have shown that taking probiotics might have a similar effect on blood pressure. Nine research were pooled together, and the results showed that taking probiotics reduced blood pressure, albeit little.
5. Curbs the Pain of a Few Digestive Disorders
Those with moderate cases of ulcerative colitis have reported relief from their symptoms after taking certain strains of the probiotic bacteria Bifidobacterium and Lactobacillus.
However, probiotics may also help with other types of gastrointestinal issues. Preliminary studies have shown promising results in treating IBS symptoms (IBS). They also cut the risk of life-threatening necrotizing enterocolitis in half, according to research. Premature newborns are especially vulnerable to this potentially catastrophic intestinal disease.
6. Aids in Slimming Down and Reducing Stomach Fat
There are a few ways in which probiotics may aid in slimming down. Taking probiotics has been linked to increased energy expenditure, decreased calorie intake, and a reduced likelihood of fat storage. A rise in hormones like GLP-1 may play a role in this.

To obtain prebiotics, most people only need to aim to increase their fiber consumption to the recommended levels. Daily fiber intakes of 25 grams to 38 grams are suggested for adults. In many cases, the best method to do this is by the regular consumption of whole grains and a varied and plentiful diet of fruits and vegetables
Four or five grams per day is the typical serving size of prebiotic sachets. To gauge your body's reaction, take a prebiotic sachet cautiously (once daily) at first. Reduce your dosage in half if you experience gas or bloating.
Numerous individuals use both prebiotics and probiotics together for optimal health. Because probiotics have a short shelf life, a prebiotic sachet is frequently combined with them to keep their numbers stable in the digestive tract, as reported by Memorial Sloan Kettering Cancer Center.
1. Neonates necrotizing enterocolitis
Clinical trials have employed B. breve 0.5 billion to 1.6 billion CFUs daily and L. casei GG and L. acidophilus 6 billion CFUs daily for treating necrotizing enterocolitis in newborns, but further research is needed before any firm recommendations can be made.
Nearly 300 newborns younger than 32 weeks of gestation have benefited from taking 70 FloraBABY (2 billion CFUs/day of 4 Bifidobacteria and Lactobacillus rhamnosus GG) in 1 mL water right before a milk feed once daily till 34 weeks of age.
2. Irritable bowel syndrome
Studies have employed doses as high as 5 billion units once a day for 4 to 6 weeks.

“We appreciate the service rendered by Trade India Portal for our brand and company promotions. We are getting more and more coverage in this global world through this portal. We are proud to be associated since last three years with them and we are totally satisfied with their services. Such as CRM Support which was given by the team regularly. We are thankful for the support on regular basis. Best Luck