(291 products available)
All ResultsDelhiJaipurKolkataHyderabadBengaluruChennaiMumbaiPuneCoimbatoreSurat
✖
Loading...
By
inq_stage3...................
Thank You
Your requirement has been submitted
✖
View Supplier Number, It's Free 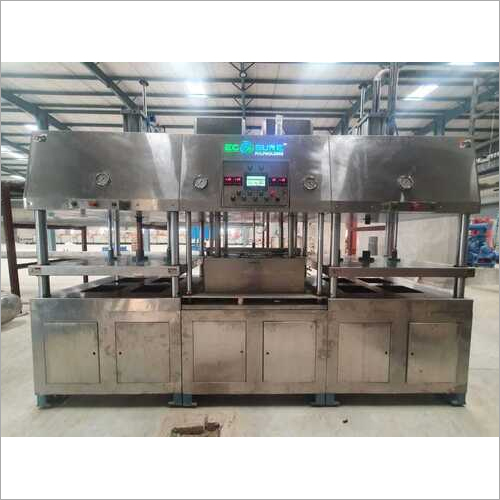 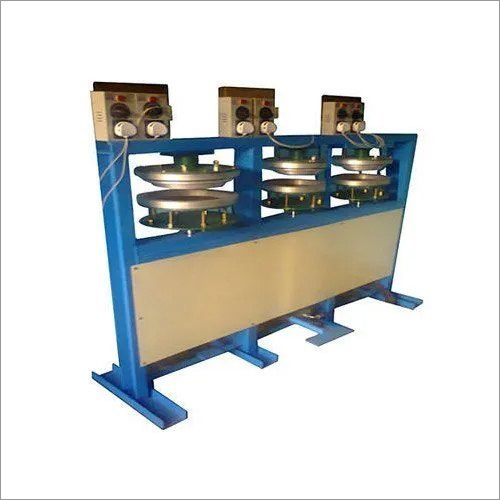 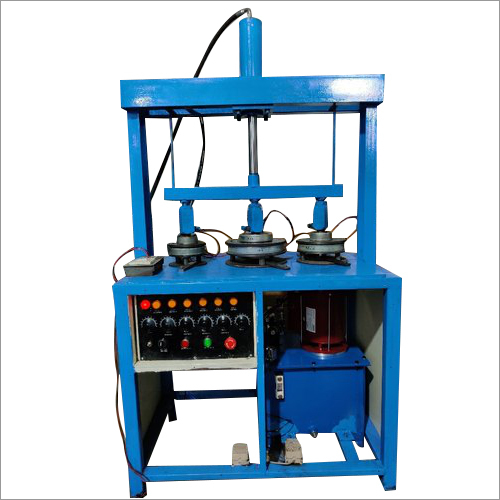 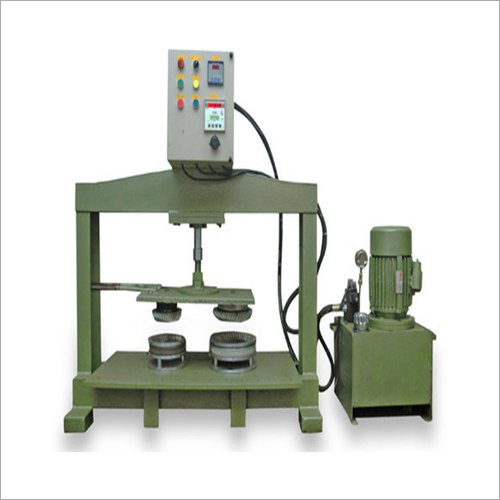 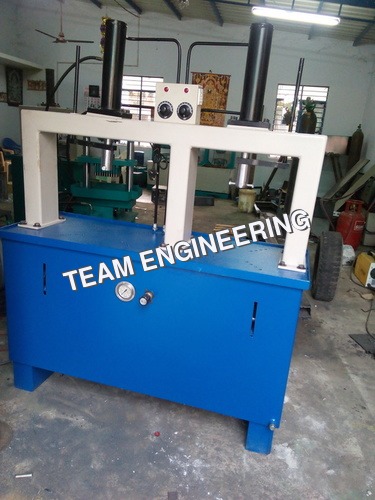 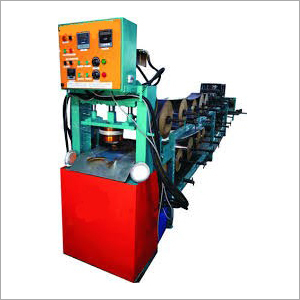 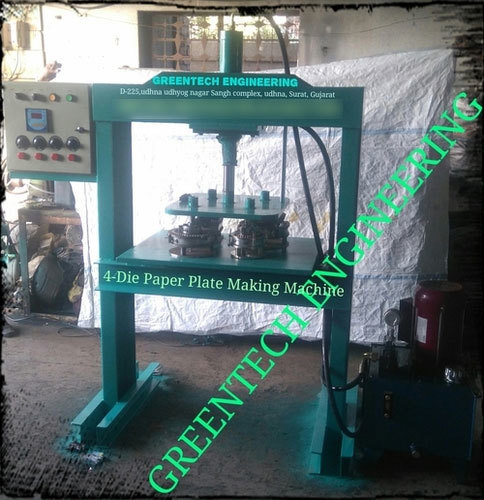 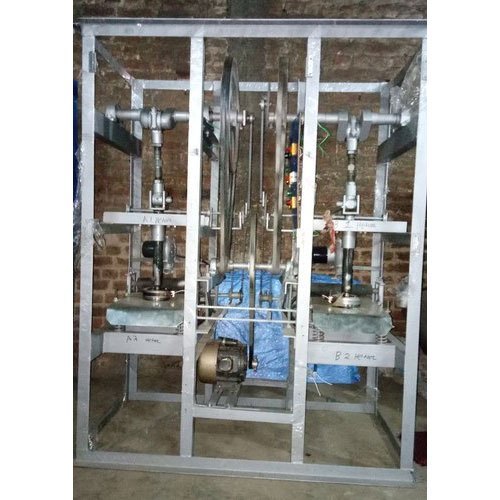 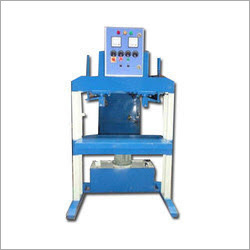 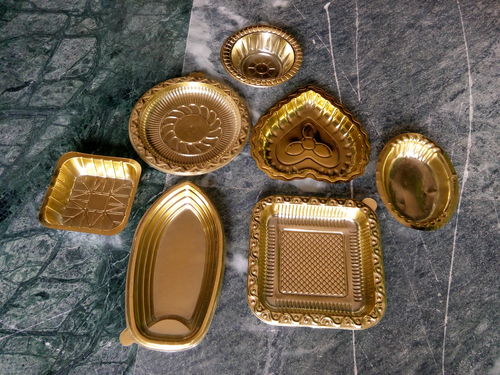 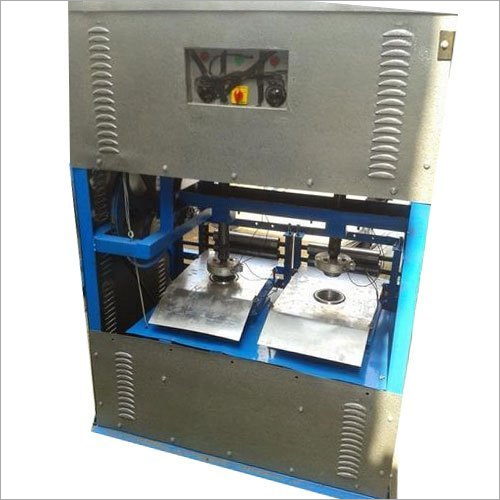 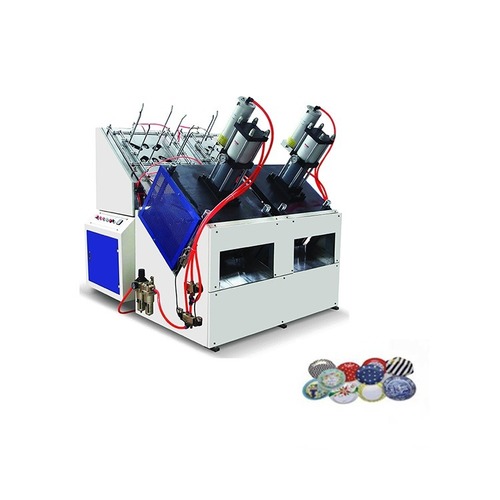 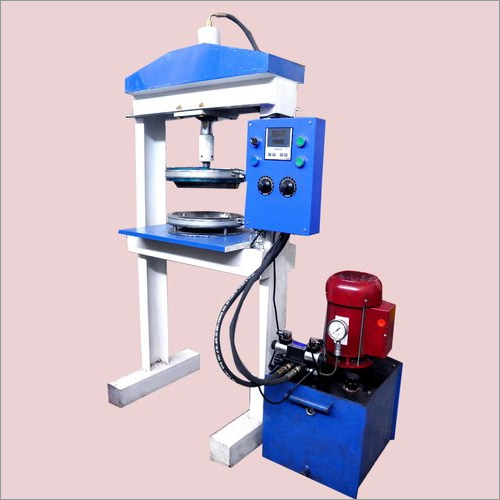 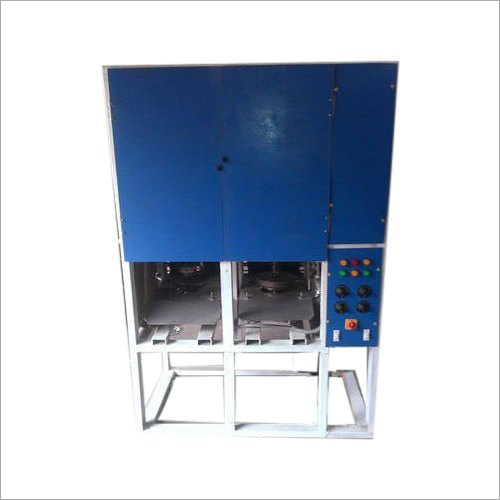 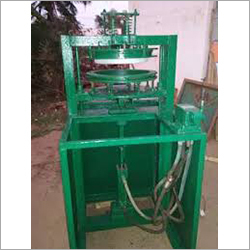 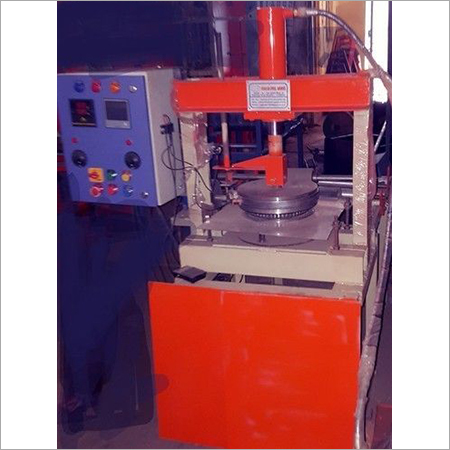 Disposable Plate Making Machine is a machine most commonly used for making disposable plates. It is made of mild steel and carries a single dye that runs on electric power. This machine can produce a minimum of 1500 disposable plates and a maximum of 20000 plates per hour. In order to cope up with the rising demands of an ever-growing population, disposable plates have become a new norm for mass feeding, functions, parties, and celebrations where hundreds of guests are served food in such plates. The disposable plate making machine is especially designed machine to produce disposable plates for the commercial and household purposes.

A disposable plate is a product designed and developed for a single use after which it is recycled or is disposed as solid waste. The Disposable Plate Making Machine is a very easy-going machine and the process of manufacturing is not very complicated as well. The end product is produced with the use of the specific die that is used.

The paper and the polythene sheets are previously cut to size or can also be purchased as per the production requirement. The specific die is mounted on the press and the die is heated to the desired temperature. Once the machine starts running it continues to produce disposable plates and other desired items. In the making of disposable plates, plastic is mostly used especially a material called polystyrene. Research studies have shown that polystyrene is a polymer of styrene, which is a compound of carbon and hydrogen. Polystyrene is light, soft, and can be disposed off or recycled after the use.

These machines are known for some general features, such as:

Tradeindia is the most preferred destination for buying all types of Disposable Plate Making Machine. The B2B giant is favoured by the buyers because of its excellent and timely services. This dynamic platform lets buyers check all the details of various types of machines offered by different sellers registered here. Interested may send us their requirements and get the best deals at most attractive prices.

What is disposable plate?

How paper plates are manufactured?

Where are disposable plated used?

In modern time, the global disposable plates market is driven by the ever-increasing demand from the food service industry like hotels, restaurants, and cafes. The disposable plates are used mainly for serving and packaging foods to be served to the people.

Yes. The disposable plate making machine costs a maximum of forty thousand rupees for which it returns by producing millions of plates for months. Hence, the plate making machine business is a profitable adventure. The high demand in the market such as canteens, bakery, street vendors, fast food centres, and hotels makes this business high success.

What primary materials are used in the production of Disposable Plate Making Machine?

Most of the Disposable Plate Making Machines are manufactured of different grades of steel. For better life and resistance to damaging factors, such as corrosion and rusting, companies use high grade stainless steel, such as SS304 and SS316. The surface is also coated with enamels to provide additional protection.

“In this locked down periods, you are doing fabulous job for Machine world company. So many many thanks to you.

“There is a good workplace culture at tradeindia.com for clients like us. Management are also supportive to their colleagues. I had learnt a lot of ways to do business in my work.

“Tradeindia is very helpful to build a perfect business and its services are the best.

“I am member of tradeindia since last 5 years and I am fully satisfied with tradeindia services. I have good number of inquiries from tradeindia Buyers, Promotion and visibility.

“We recently associated with tradeindia.com. This has helped us to exponentially to expand our presence not only domestically within India but also in different international market. We look forward to a continual relationship with tradeindia.com and recommended to others as most one of the most organized b2b platform for branding of our product and services. I am always touch with tradeindia.com team. They suggest me better things.

“I just want to thank you for all services provided by you on behalf of tradeindia as I am highly satisfied.

“Tradeindia is good platform for business promotion, we are happy with the services of tradeindia.com.

“We are associated with tradeindia.com from last 3 years, its a good experience working with them, the have designed our website and catalogue as per our need. As per promotion is concerned they are doing good work and its help us in increasing our business to new heights and entering into the new market.

“ We JMC Engineers have been associated with Infocom Network Ltd. since last six years and we are very happy with the services (www.tradeindia.com) rendered to us, which really gave us a new avenue to contact domestic as well as international buyers. We are a leading manufacturer and exporters of pulp paper and board making machinery. We have received valued inquires from our effective customers through their excellent network. We wish Infocom Network Ltd. to continue their services in years to come. We wish all the best to Infocom Network Ltd. team and thanks to their CRM support for their well support to us. Wishing you best for future.