(111 products available)
All ResultsDelhiKolkataMumbaiChennaiNoidaAhmedabadBuxarGurugramRajkotSonipat
✖
Loading...
By
inq_stage3...................
Thank You
Your requirement has been submitted
✖
View Supplier Number, It's Free 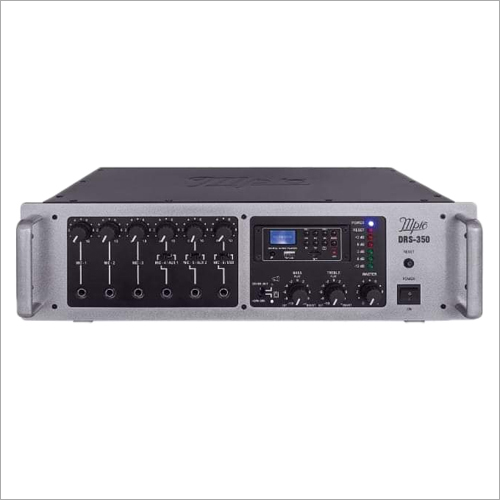 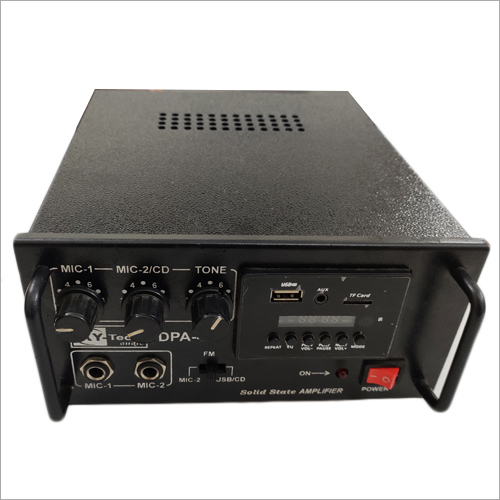 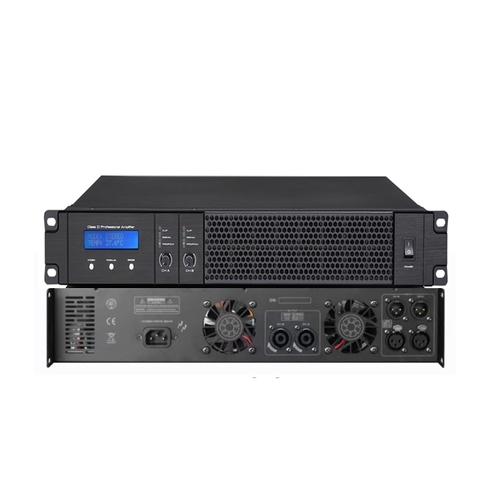 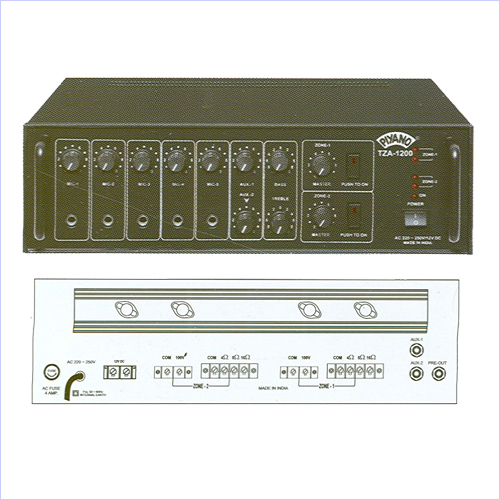 Due to the high expense of audio equipment, consumers are often forced to make compromises when purchasing one or maybe more items of gear. Should you spend your money on a high-end amplifiers and cheap speakers, or should you spend more money on high-quality speakers and spend less money on the amplifier? Speakers or amplifiers—which one do you think is more important? When it comes to playing back music, both speakers and amplifiers are essential components. Even with headphones, there is still a need for speakers since audio signals must be converted into sound waves by a transducer. In order for phono, mic, instrument, and line level signals to be raised to speaker level, amplifiers are required. Only then can the speakers be driven effectively.

What is a DJ amplifier?

Although DJ amplifiers are available in a diverse range of forms and dimensions, their primary function is roughly the same across the board: they magnify the music that is produced by your DJ gear. On the market today, DJs may choose between powered mixers, stand-alone power amps, and rack mount power amps as their primary amplifier options. Before anyone makes a purchase, it is essential to have a solid understanding of what each one is most suited for, since they each come with their own set of advantages and disadvantages.

Powered mixers are fantastic options for newbie DJs who are just getting their feet wet in the industry. They are compact and portable and come with a mixing board, amplifier, and speakers in addition to everything else you want to get started. Because they are also very inexpensive, powered mixers are an excellent choice for individuals who are working with a limited budget. The fact that they are not as strong as stand-alone power amps or rack mount power amps, however, means that more experienced DJs may not find them to be an appropriate choice.

The most powerful sort of DJ amplifier that is now available on the market is known as a stand-alone power amp. They are an excellent choice for anybody who need a significant amount of amplification power, and they are compatible with all DJ gear. However, stand-alone power amplifiers are often the largest and most cumbersome of the available options. They are also the most costly.

For the many distinct kinds of applications and signals, several amplifier architectures are used. Amplifiers may be roughly classified into one of three categories: low-frequency power amplifiers, small-signal amplifiers, and RF (radio-frequency) power amplifiers. Due to the physical limits of the components that are used to create the amplifier and the performances that can be reached, every one of these calls for a somewhat different approach to design. This is the primary reason for the difference. There are several different classes of amplifiers, with some of the more common ones being Class A, Class B, Class AB, and Class D.

Although preamps and power amps may appear to serve the same purpose, there is a significant difference between the two. A preamp is placed in front of a power amplifier, just as its name indicates. A preamplifier is a kind of amplifier that is used to boost the signal level of an instrument's weak output to line level by providing a significant amount of gain. When discussing guitar amplifiers, preamps are components that provide users the ability to mould the overall sound and personality of a power amplifier by using features such as EQ settings (treble, middle, bass, and gain). The line-level signal is amplified by a power amplifier so that it may be played via loudspeakers at a louder volume. This allows the signal to be heard more clearly. The impedance, also known as the resistance factor, of the speakers determines the performance of the power amplifier.

An electrical amplifier is a piece of equipment that can boost the signal's power, current, or voltage in one or more of these three dimensions. The amplitude of a signal may be increased by using an amplifier, which can be found in a variety of electronic devices, including receivers for television and radio, music equipment, audio equipment, and computers. What is the Function of an Amplifier? Amplifiers are devices that take in relatively weak signals and amplify them so that the resulting signal is stronger. Amplifiers, which are used in audio equipment, are devices that boost the power of minute electrical impulses by adding musical frequencies and amplitudes to them. In the context of power amplifiers, this results in an increase in power that is sufficient to move speakers back and forth, so generating fluctuations in air pressure that are also known as waves. This is accomplished by drawing power from a power source and boosting the output in order to correspond with the comparatively weak power level of the input signal. This process always adds some noise and distortion to the signal, therefore it is not possible for this technique to be 100% effective at raising the gain without loss. Amplifiers naturally give off some of their generated energy in the form of heat. The output of the perfect amplifier would be the same as the input, except at a higher level. This makes the ideal amplifier analogous to "a straight line with gain."

Speakers produce sound, while amplifiers are what cause speakers to produce sound. It should come as no surprise that a power amplifier is not the same thing as a loudspeaker. A loudspeaker is a piece of mechanical equipment, but it also has electrical characteristics that give its mechanics life. A power amplifier is an electrical device, hence humans are unable to hear or see what enters or exits the device. However, as customers, we are expected to make decisions based only on the feedback we get in the form of reviews and the noises the product produces. And despite the fact that we are able to hear sounds coming from a speaker, we are unable to utilise the same process to evaluate an amplifier. Every single piece of electrical equipment in our supply chain is selected via the prism of a loudspeaker, which in turn colours and confuses every one of those selections. It is important to keep in mind that anything we hear in the places in which we listen is constantly tinted by the lens of the loudspeakers, and none of them are neutral.