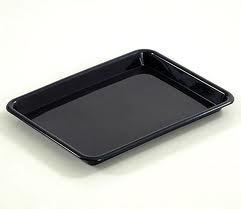 ESD Trays for PCB ComponentsGet Latest PriceABHISHEK ENTERPRISES
✖
By
inq_stage3...................
Thank You
Your requirement has been submitted
✖
View Supplier Number, It's Free

ESD occurs when there is rapid transfer of an electrostatic charge from one object to another. It generally occurs when who bodies having different potentials come into direct contact or near each other. When either of the two happens, one body becomes negatively charged as it gains electrons and another body becomes positive as it loses electrons. The main damage to ESD products is done when this electrostatic charge forces the two objects to come in contact and then separate in quick succession.

ESD occurs in three kinds of scenarios, and also they are made to explain these circumstances by the same names.

Machine Model: This kind of ESD damage happens when a component of ESD products transfers a charge through the device. It happens when products are moved on conveyor belts and moved to various places in the assembly line. Trouble occurs when devices are poorly made and the movement and the machinery operations cause huge electrical discharge to pass.

The other two models are Human Body Model and the Charged Device Model that shows the pass of faulty and accidental electrostatic charges through machines and between machines and in human body.

ESD is virtually inseparable from manufacturing electrical components. ESD gives productivity and product reliability in all fields of electronic production lines. But still, despite the good uses of ESD, it costs the industry billions of dollars every year. Products and technology has improved and keep on improving but still the ESD charges continues to create huge losses for companies. But it is something more than monetary loss. Due to this problem, it results in the adverse production yields below target, loss of raw materials, manufacturing costs, bigger start-up capital, customer relationship and loyalty and brand image.

Today everything is automated. And so are the production lines in machine manufacturing factories and workplaces. Automated lines can churn out 5000 to 20000 units and components every hour. But it is also because of this incredible speed that mistakes happen. And this is where most of the accidents and losses due to poorly designed ESD products and fast manufacturing speed occur, including the ESD charges losses.

ESD charges also create electromagnetic charges called EMI. An EMI happens when an ESD occurrence is powerful enough to destroy or at least interrupt the operation of the machine. Especially microprocessors of ESD products are damaged first, and they are the most important components, as they function at around the same frequency range of the ESD and EMI occurrences.

For preventing this, it must be ensured that the equipment and the machines are properly grounded at all times. And yet just grounding the machines doesn’t help either since nowadays equipments and its components are insulated, they naturally attract a huge attract of charge which mere grounding cannot remove or save. In such cases, ionizing the equipments help.